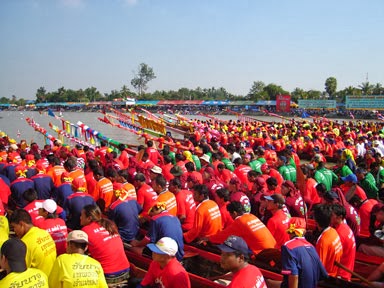 The annual Phimai Festival and Boat Race in Nakhon Ratchasima is a wonderful event. It attracts a lot of tourists to join every year. The highlight of the event is the traditional long-boat races which compete in a race that has been taking place here for many years. 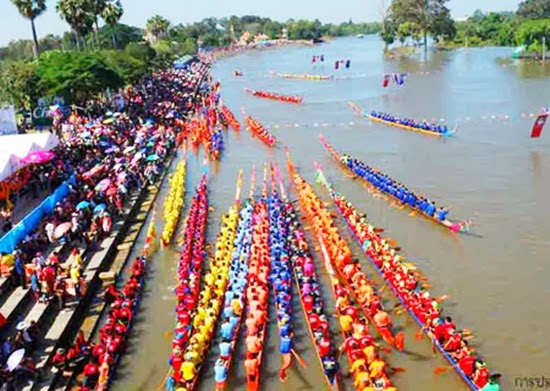 Other attractions include light and sound presentation at the Phrommathat Ground of the Phimai Historical Park that will tell the story of the glorious period of King Jayavarman VII. There are also the Korat cat competition, Khon or classical Thai mask dance from the Fine Arts Department, a traditional arts and crafts fair, and other cultural performances 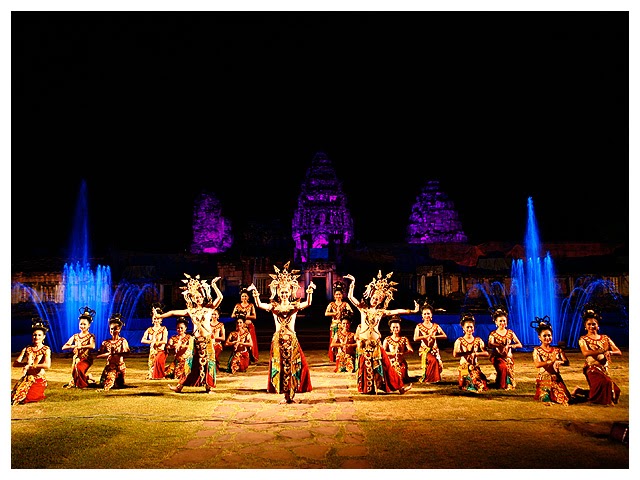 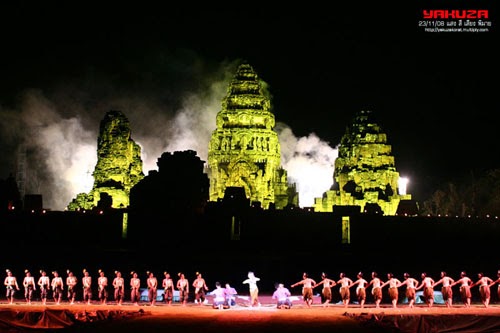 The Phimai historical park (Thai: ปราสาทหินพิมาย) is Ancient Khmer complex temples which located in the town of Phimai, Nakhon Ratchasima province. As the enclosed area of 1020x580m is comparable with that of Angkor Wat, Prasat hin Phimai must have been an important city in the Khmer empire. Most buildings are from the late 11th to the late 12th century, built in the Baphuon, Bayon and Angkor Wat style. However, even though the Khmer at that time were Hindu, the temple was built as a Buddhist temple,[1] as Buddhism in the Khorat area dated back to the 7th century. Inscriptions name the site Vimayapura (which means city of Vimaya), which developed into the Thai name Phimai.

How to get to Phimai historical park
Phimai historical park is located in the small town of Phimai in Nakhon Ratchasima province, almost 300 kilometers North East of Bangkok. To reach Phimai by public transportation involves several steps.
The first one is to get to Nakhon Ratchasima town. You can get there either by air conditioned bus from Bangkok’s Northern bus terminal Morchit or by train from Bangkok’s Hualamphong station which takes around 5 to 6 hours. Both have multiple connections with Nakhon Ratchasima every day. The second leg of the journey involves taking a local bus from Nakhon Ratchasima to Phimai which is about 60 kilometers. Buses leave multiple times per hour, the journey takes around 1 hour. 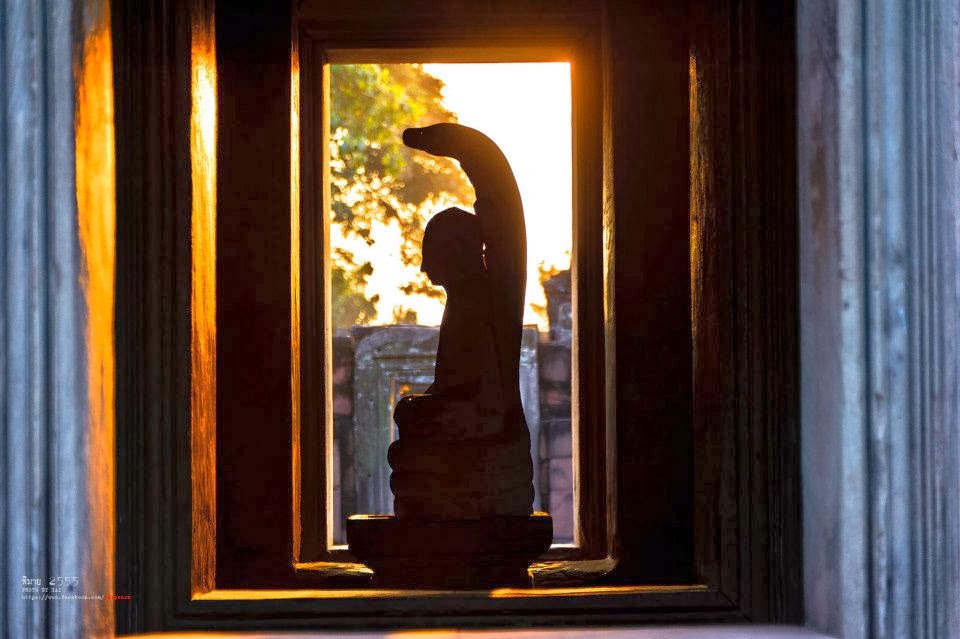 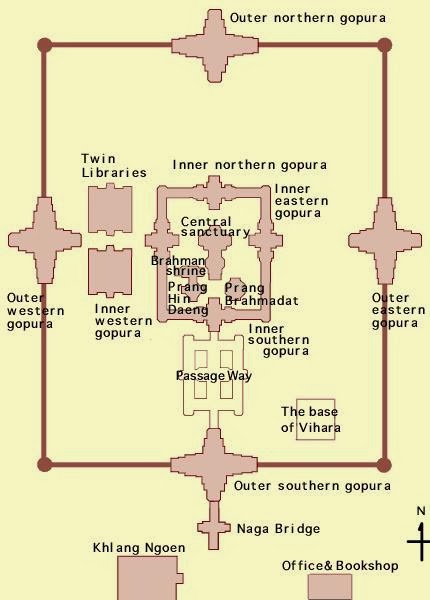 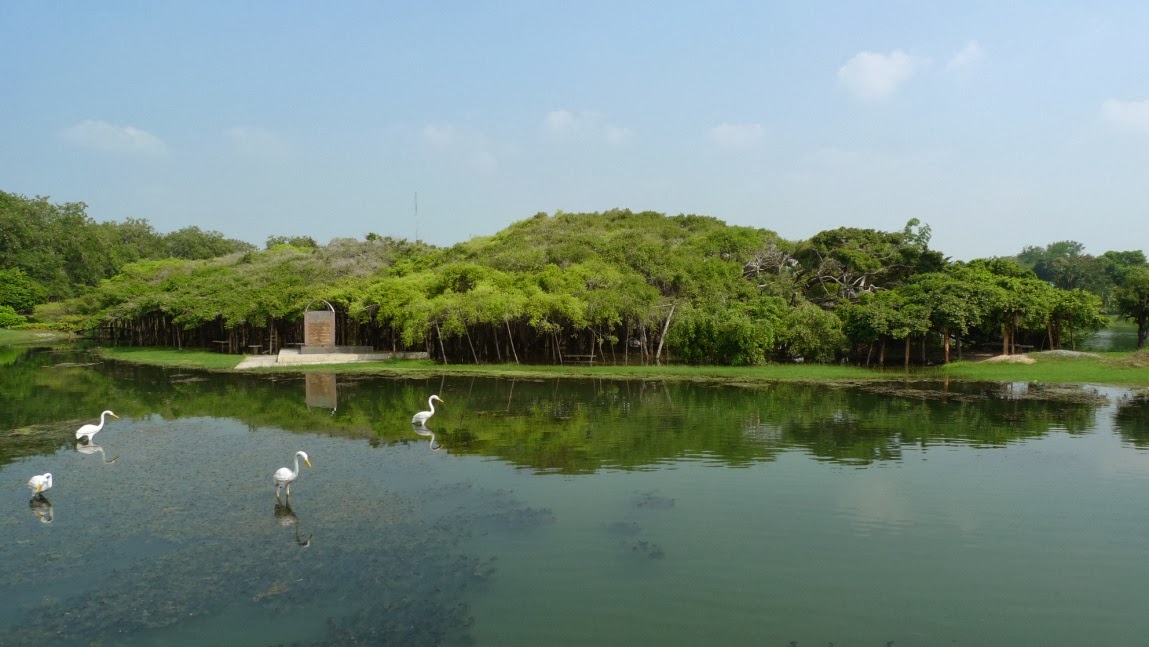 At Sai Ngam, the banyan trees cover an area of about 35,000 square feet and more than 350 years old. The aerial roots of the banyan tree have grown down into the soil to prop up the plant and those roots have turned into hard, woody stems that look like tree trunks. 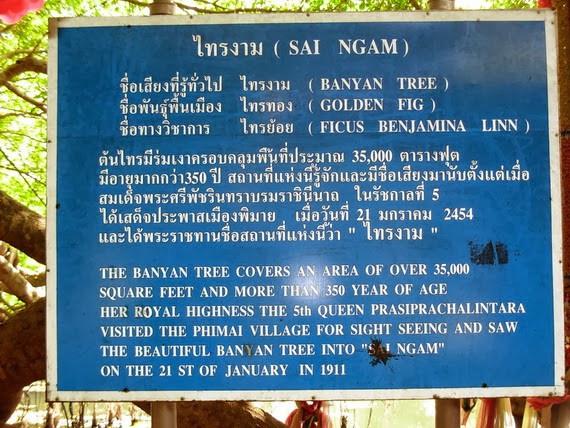 There are many banyan trees with branches and leaves twisted and are naturally woven as a big shed. 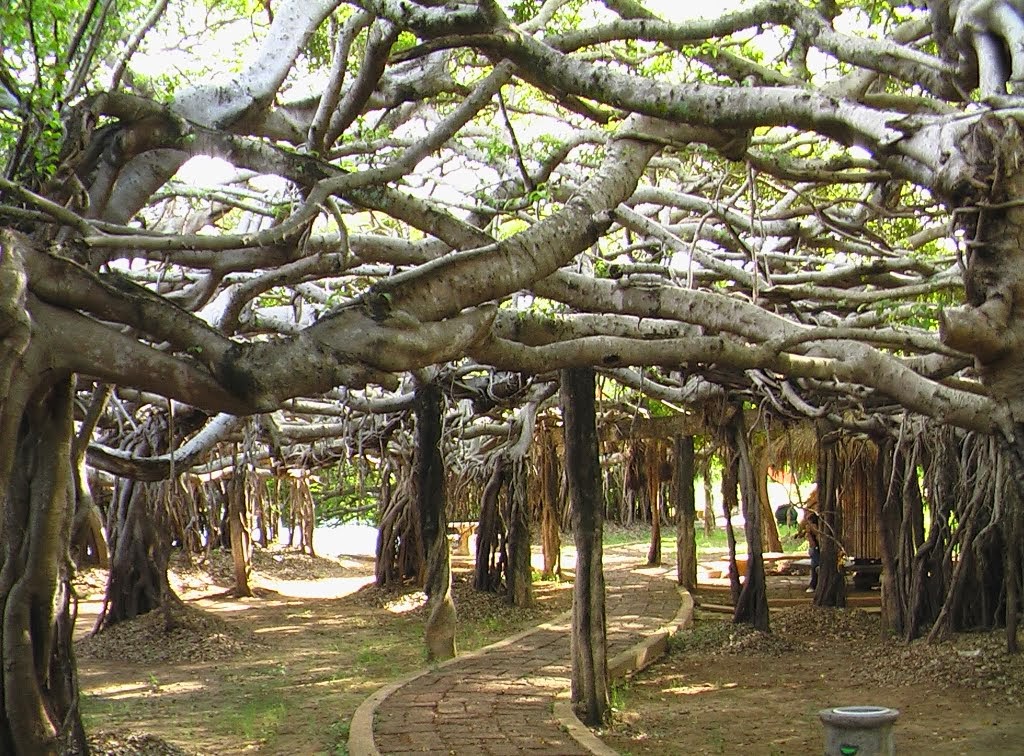 Inside the area people can walk and sit down to relax. 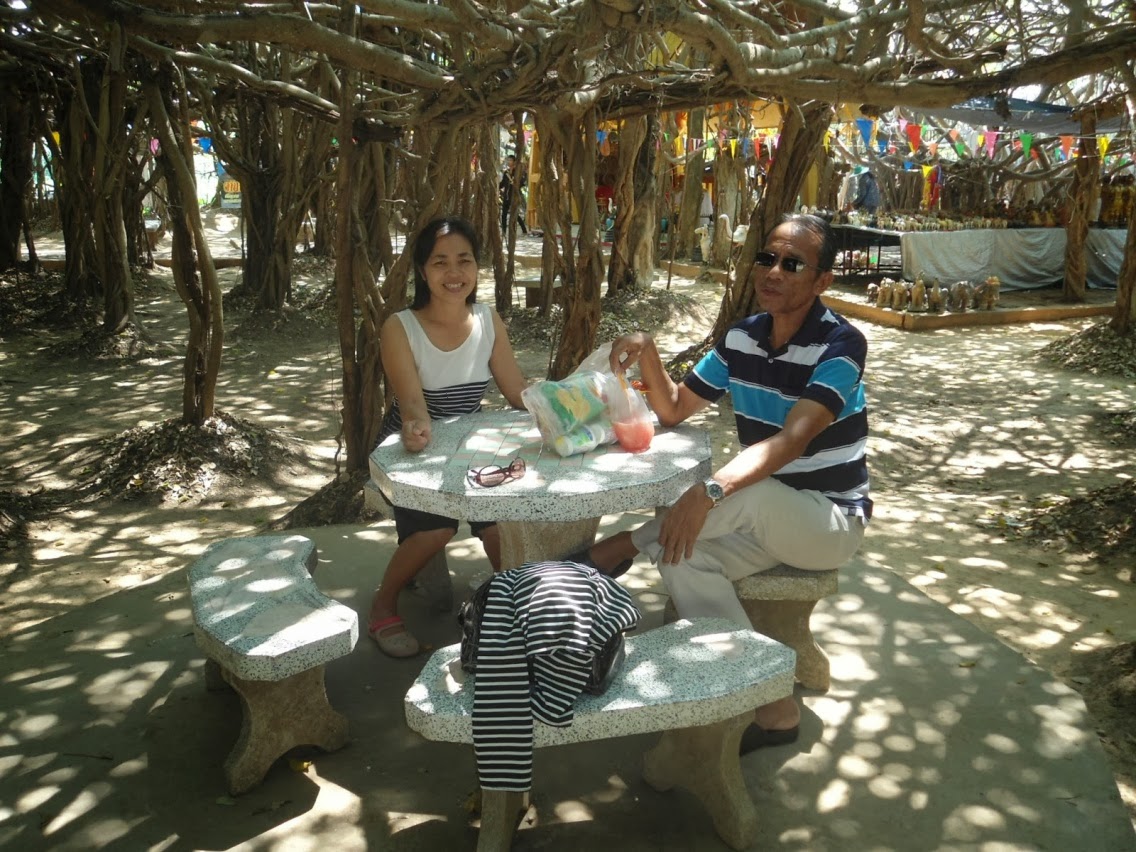 A lot of tourists come during the weekend and there are food vendors, selling local foods and drinks. Also, there are many small shops selling souvenirs. 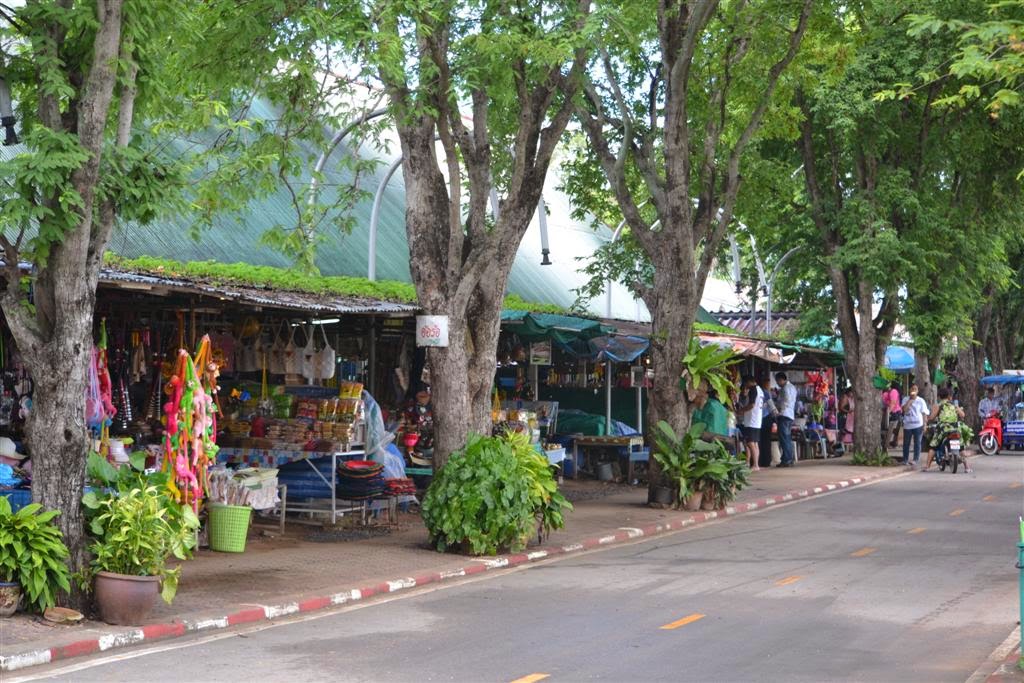 Next to the banyan tree there is a large pond with fish in it. At the nearby stalls, you can buy fish food to feed the fish or you can buy small
fishes to release into the pond. 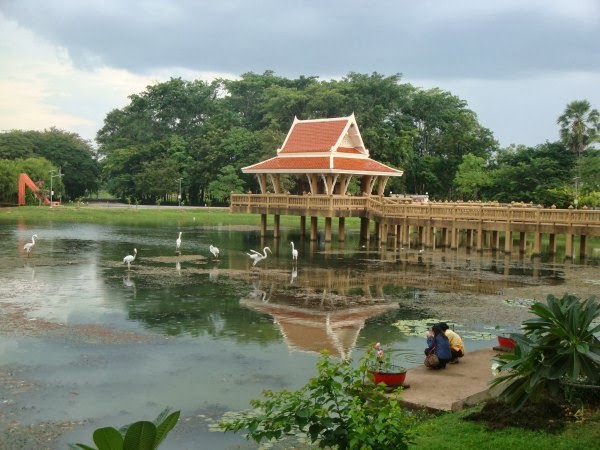 Pra Suphan Kanlaya Shrine and Chao Mae Sai Ngam Shrine is the sacred shrine where people and visitors come to pray and respect all day.  The entrance to the banyan tree in Phimai town is free. The gates are closed at about 6pm. 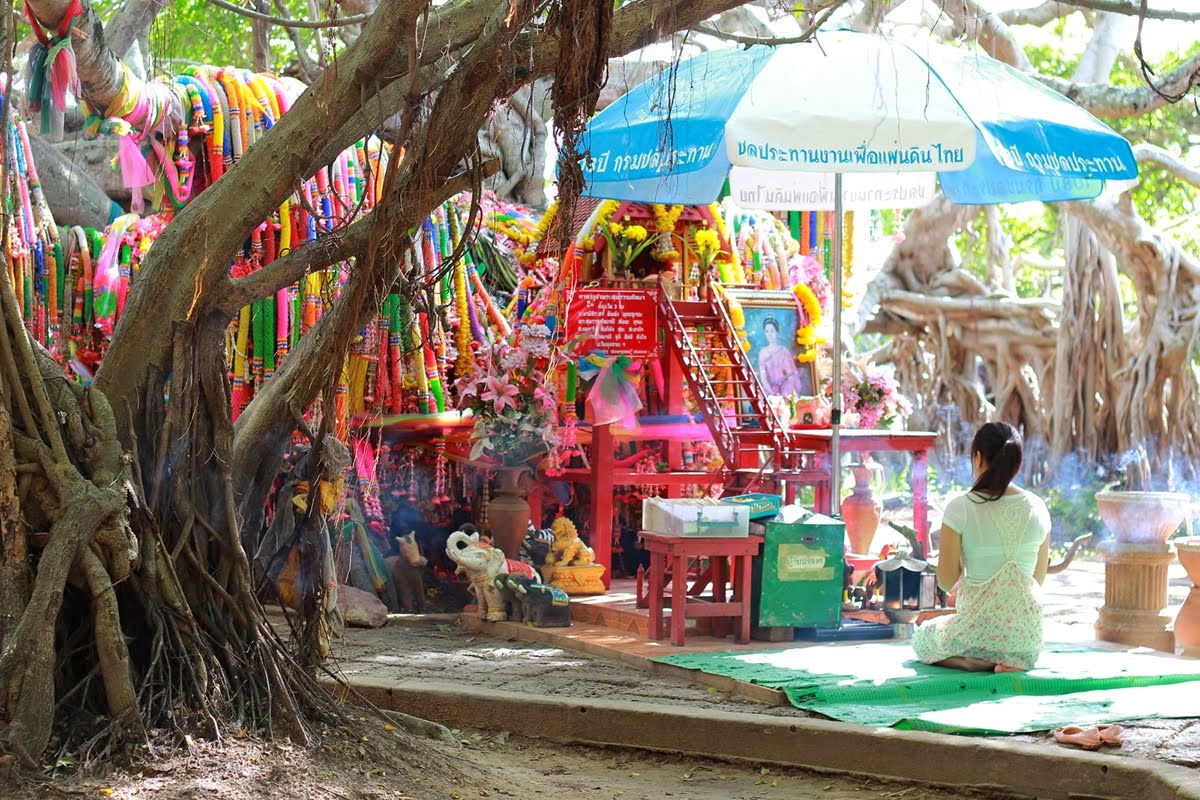 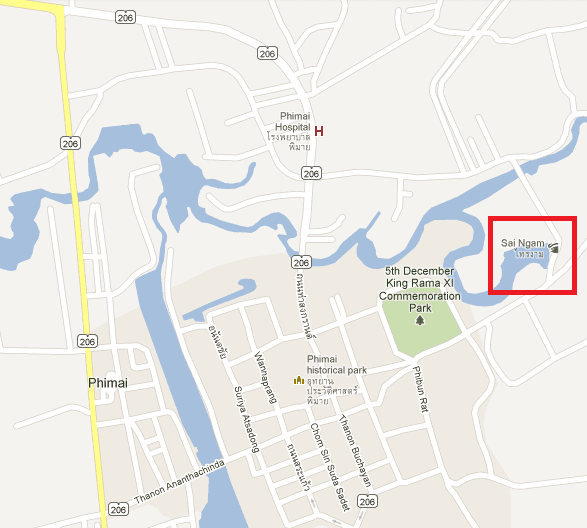 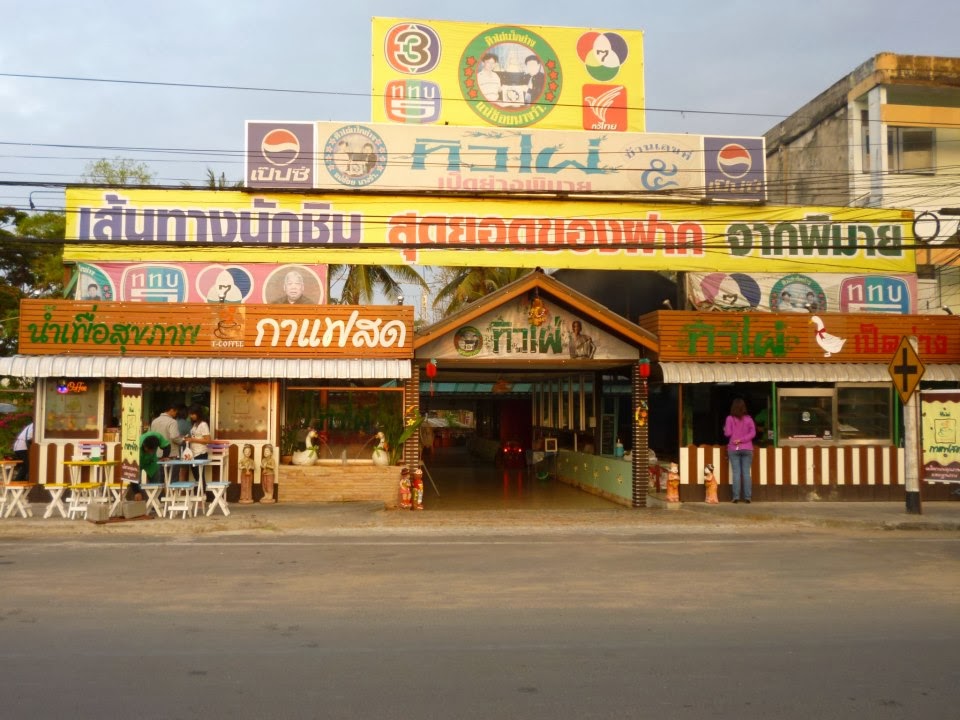 Location: 139/1 Phimai-Talad Khae Road, Phimai Subdistrict, Phimai District, Nakhon Ratchasima, Thailand
Details: Tew Pai grilled duck is the most restaurant one in Phimai district. There are grilled duck, papaya salad and more menu of Thai food with very good taste.
This restaurant opened about 19 years now. It called Tew Pai, because before there were so many Bamboos.
Tel:  044481033, 044287500, 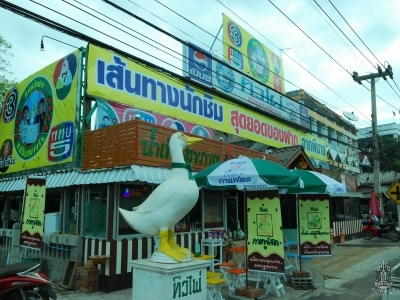 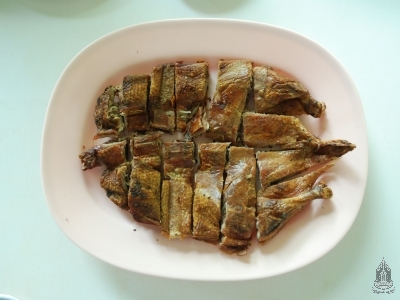 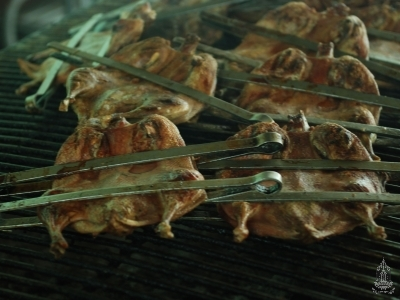 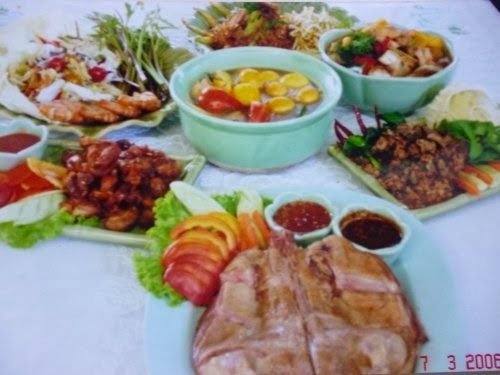 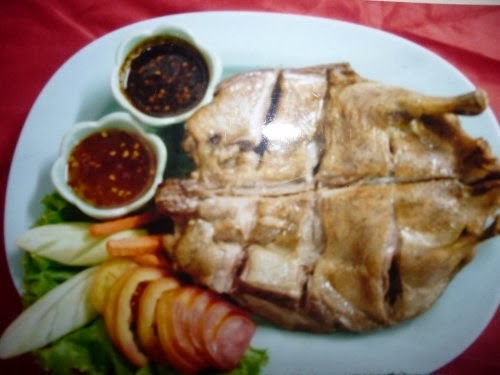 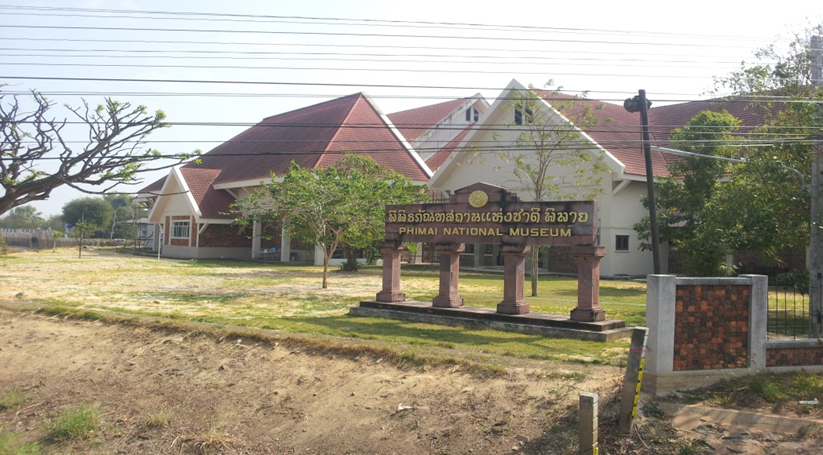 Phimai National Museum is located on Tha songkran Road nearby the Moon River, Nai Muang sub-district, Phimai district of Nakhon Ratchasima province. It takes about 300 metres from Prasat Hin Phiamia and about 59 kilometres from Muang district. This museum was opening ceremony of Phimai National Museum on August 4th, 1993 by the Princess Maha Chakri Sirindhorn.
This museum was open site museum, collecting art objects from Prasat Hin Phimai and its neighboring sites, and under the supervision of the Archaeology division. 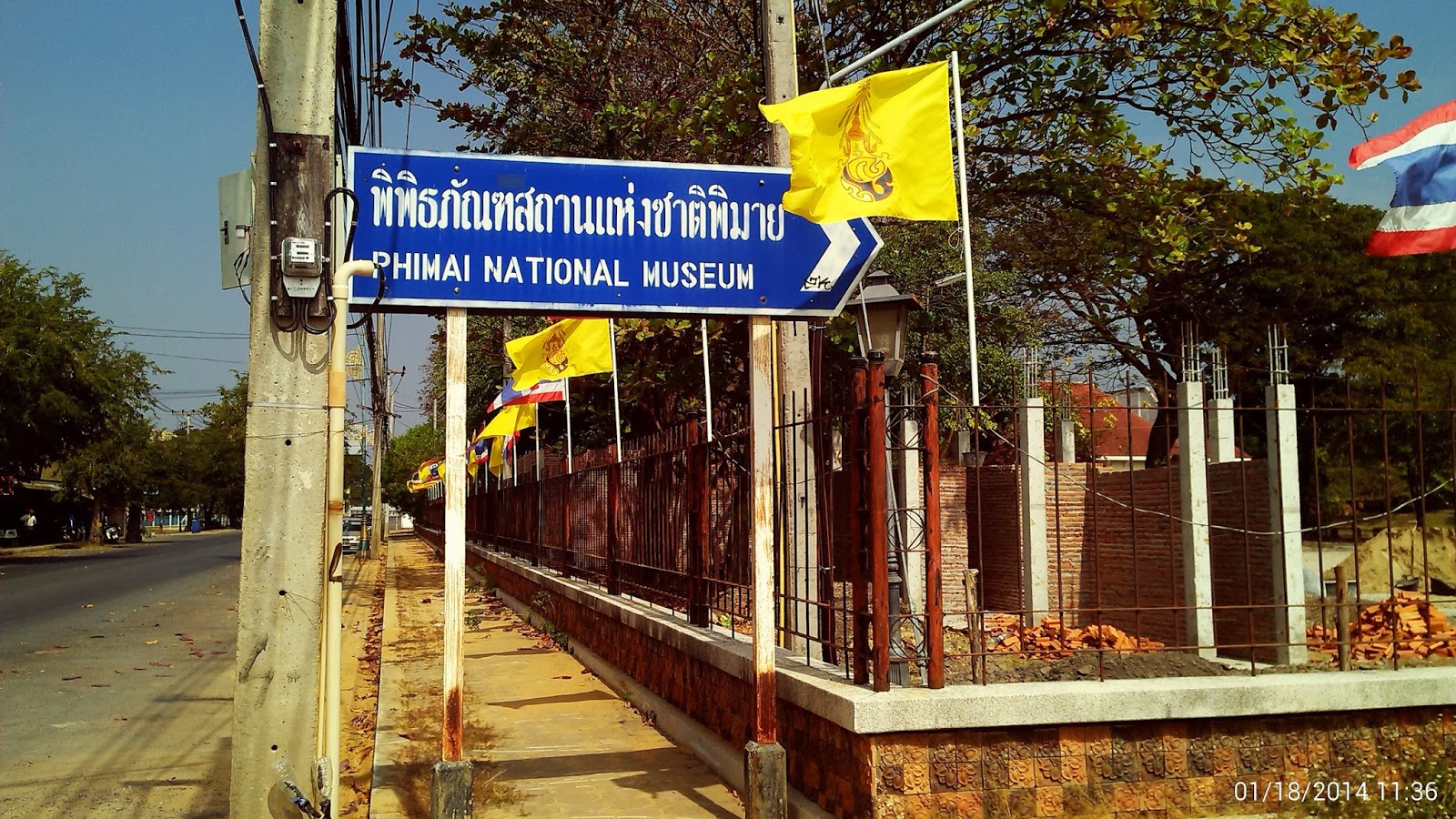 In addition, in 1975, it was sponsored by the Nationa Museums division and established to be the regional museum of the Lower Isan.  From 1989 to 1993 the Fine Arts department received a budget from the Royal Contribution Project or the Gree Isan Project to develop Phimai National Museum. The Permanent exhibition and its building, the museum office, auditoriu, study collection, storage area, guest house, and other facilities are now completed.
The museum is the center of cultural heritage in northeastern of Thailand, emphaxizing artifacts from the lower Isan, such as Nakhon Ratchasima, Chaiyaphum, Buri Ram, Surin and Sisa Ket. The interesting art objects belong to Davaravati Khmer art styles. The Davaravati style can be seen on Sima or boundary stone while the Khmer Style is evident in stone carving of lintels, pendiments, pillars and antefixs. The master piece of the museum collection is the stone status of King Jayavarman VII of Angkor Thom which was found in Prang Bhramadhatta, Prasat Phimai. 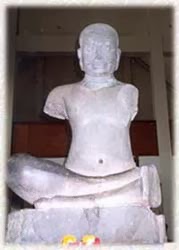 Lintel depicting the churing of the ocean of milk 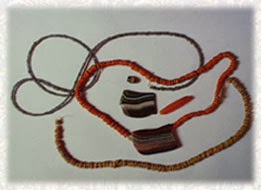 
Exhibitions are divided into three parts

Part1: Second floor exhibition. This exhibition shows the development of communities in the lower part of northeast Thailand from prehistoric to recent periods.
Part 2: Ground floor exhibition. This exhibition shows the archaeology and history of the town of Phimai. It includes the town environment, the construction of Prasat Phimai during the 11th - 13th centuries, and evidence of the flourishing religion, culture and economy of the time.
Part 3: Outdoor exhibition. This displays sandstone objects used in the construction of Khmer temples such as Prasat Phimai. These include lintels, door columns, motifs, lotus bud-shaped crowns (the apex of the tower) and miniature tower. 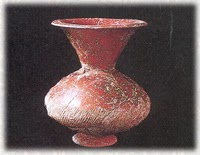 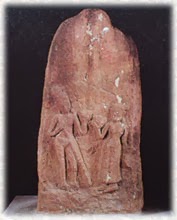 How to get to the Phimai National Museum.

From Nakhon Ratchasima, take State Highway No. 2 or Mitraphap Road (Nakhon Ratchasima - NongKhai). Turn right at the intersection at Talat Khae and proceed for another 10 kolometres. Cross the bridge over the Mun River and The Phimai National Museum will be on your left hand side. 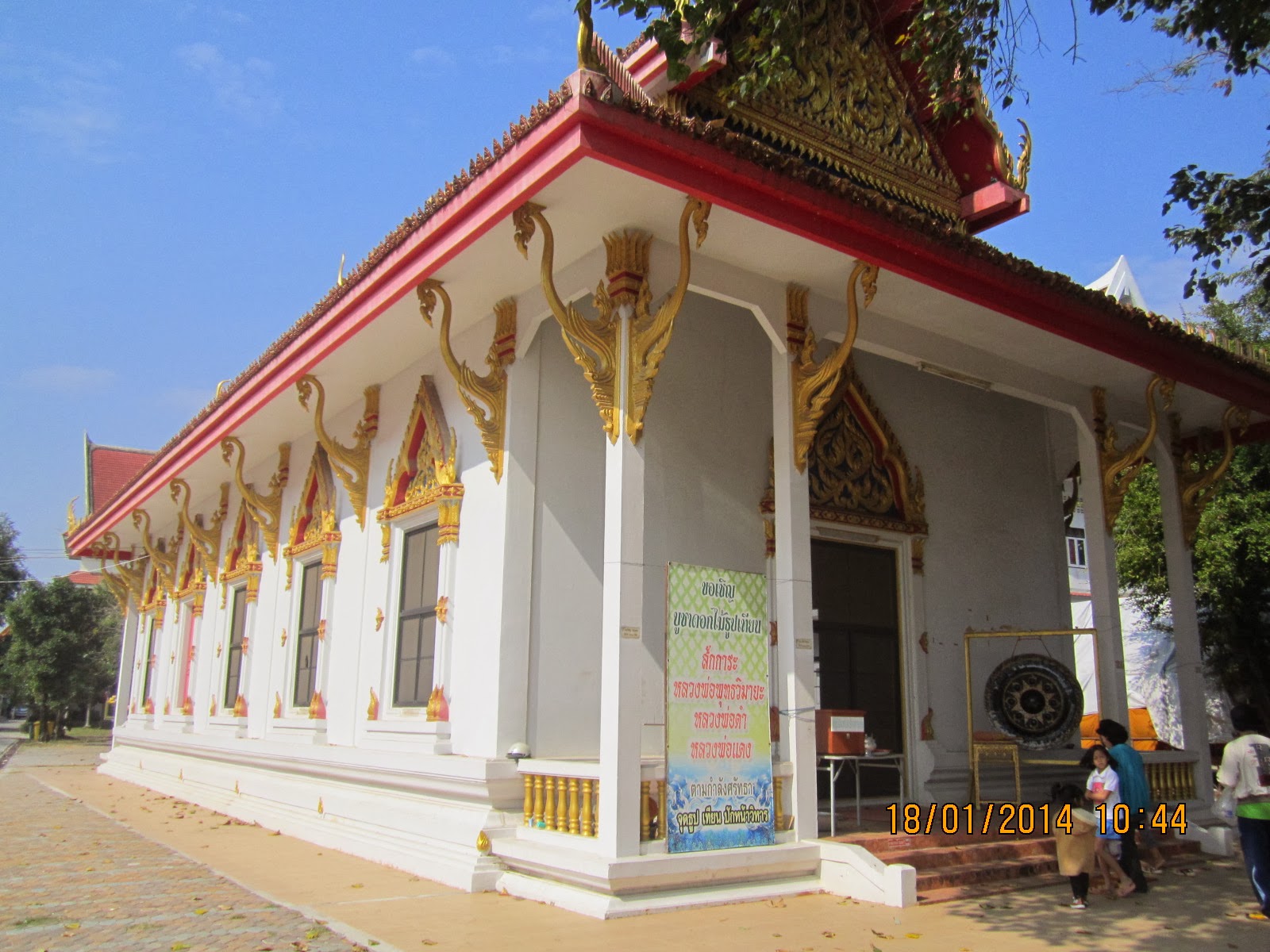 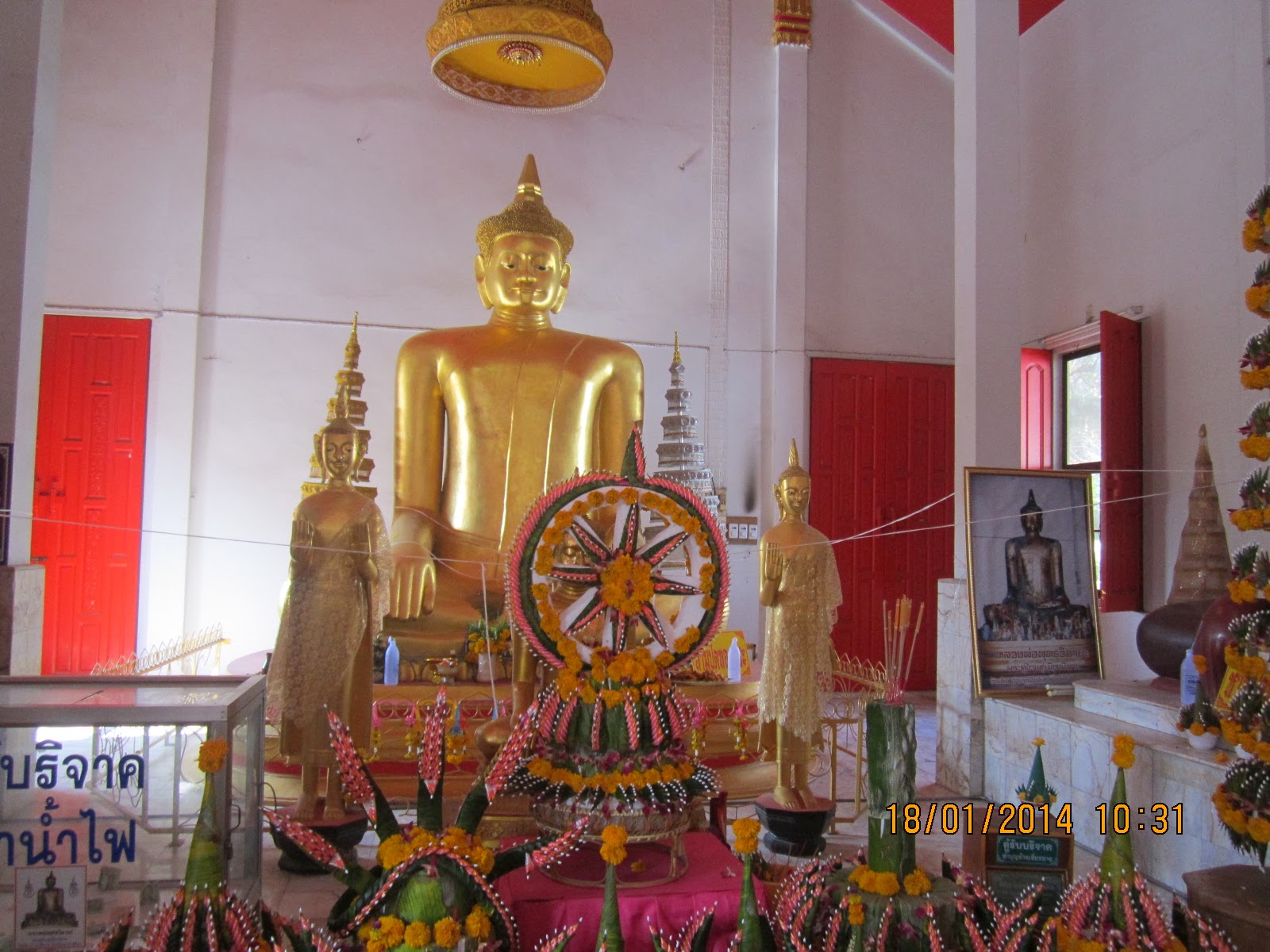 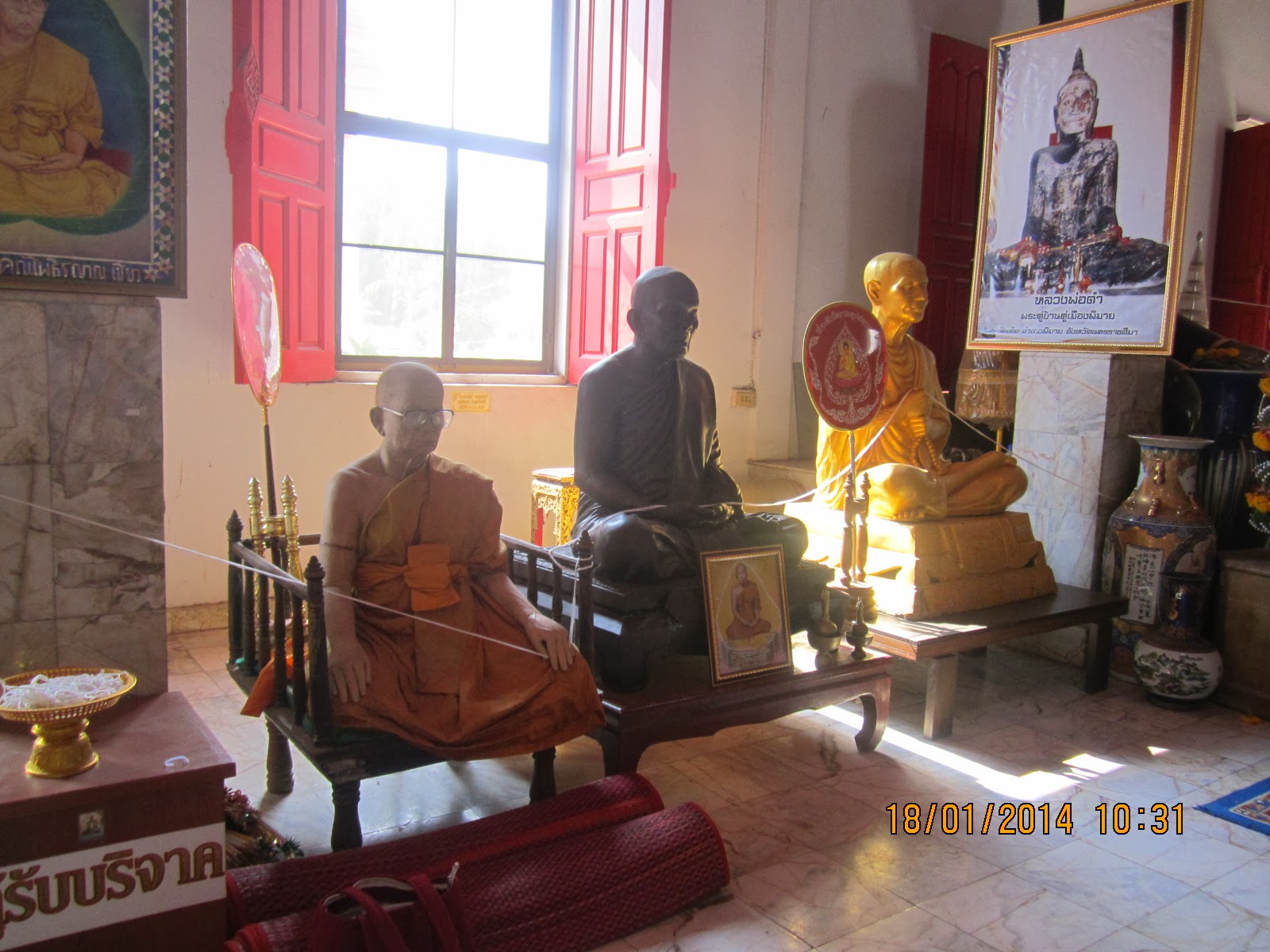 The second and third of Buddha image 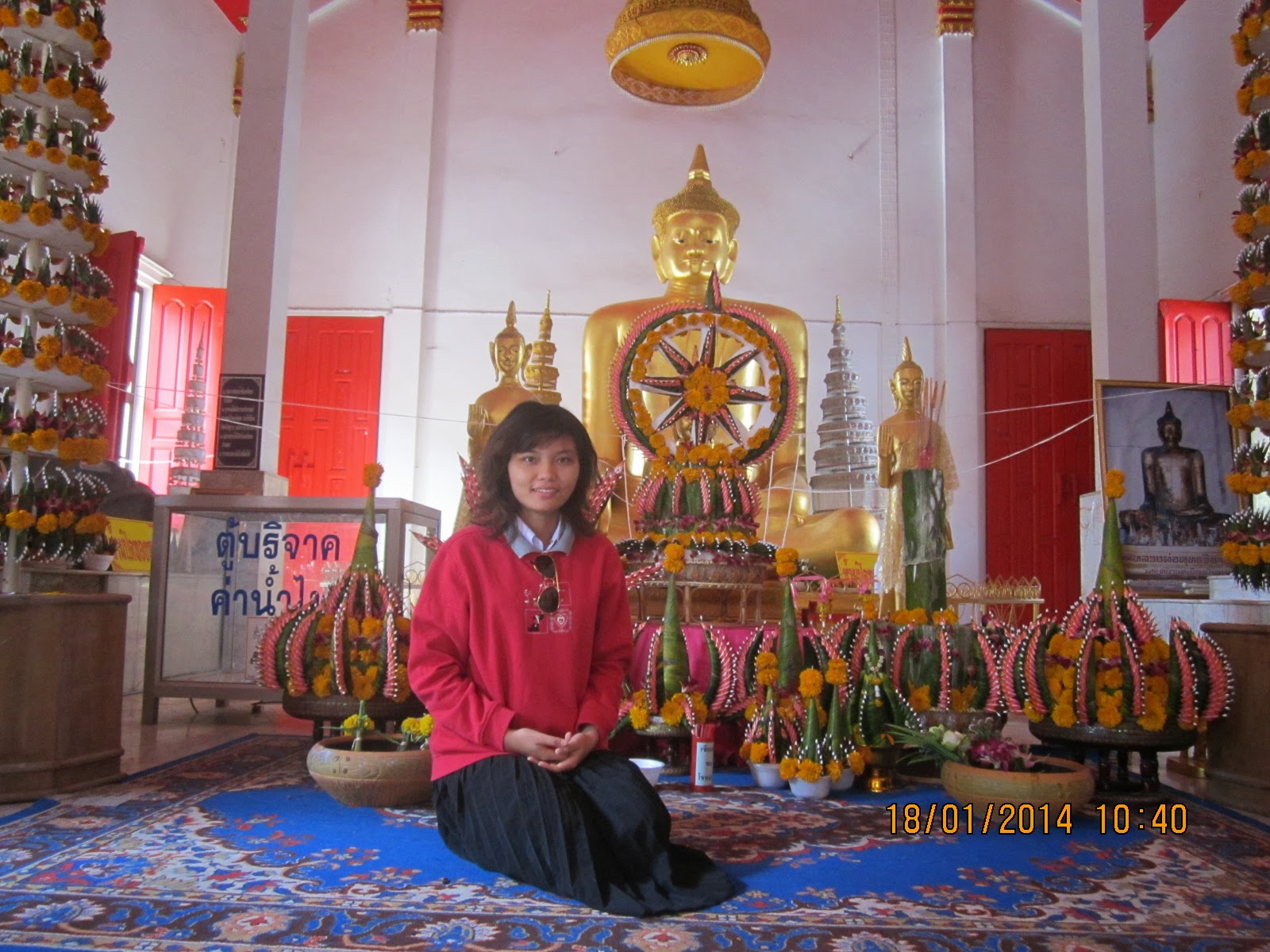 This is another Buddha image that live with “Vimaya” Buddha image the name of they was called from theirs body it is “Red monk” and “Black monk”. There are as important as “Vimaya” monk. These Buddha image was also found in the castle. But in complete of body than “Vimaya” monk
This three of Buddha image were very holy. Until many of people was came to respect them
เขียนโดย Tourist attractive in Phimai ที่ 03:51 ไม่มีความคิดเห็น: